Sure, Amazon, Google, and Microsoft are tech titans, making billions by selling web hosting and other services to the biggest businesses in the world.But they can’t be everywhere. And there are plenty of startups that help the web run smoothly, behind the scenes, in ways you don’t even realize. Here are the nine startups that keep the web running smoothly–and they’re doing such a good job you don’t even realize you’re using them.1. Docker: Packaging the webCompany name: DockerHeadquarters: San FranciscoFunding to date: $180 million in 5 roundsWho’s using it: Uber, eBay, Spotify, Business InsiderWith Docker, programmers get the ability to write their code once and run it anywhere–from their own laptops to Amazon’s gigantic cloud services. It makes it a lot easier for developers to build and manage their code, while helping companies get their sites bigger, faster.There are other companies in the space. But Docker is still the big Kahuna. Even we use Docker here at Business Insider.2. NGINX: Serving up the webCompany name: NGINXHeadquarters: San FranciscoFunding to date: $33 million in 3 roundsWho’s using it: NASA, GoGo Inflight Internet, WordPress, WikipediaPronounced “engine X,” NGINX calls its namesake web server software “the secret heart of the modern web.” Basically, it acts as the middleman between your browser and the website or app you actually want to visit. It’s been wildly successful, and NGINX claims that it powers one third of the most popular websites on the web. 3. Stripe: Taking payments for the webCompany name: StripeHeadquarters: San FranciscoFunding to date: $280 million in seven rounds Who uses it: Reddit, Kickstarter, Slack, Lyft, IndieGoGoStripe is meant to be the invisible payments part of the internet. Every time you hail a car with Lyft or pledge to a Kickstarter, you’re using Stripe to process your payment–whether or not you realize it. 4. MongoDB: Organizing the web’s informationCompany name: MongoDBHeadquarters: Dublin, IrelandFunding to date: $311.1 million in seven rounds Who uses it: Craigslist, EA, Business Insider, eHarmonyMongoDB is a hugely popular database company, helping companies store, organize, and access all of their information. The New York Times, for example, uses it to store all the data about social sharing for later analysis. So basically, whenever you play an EA game online, and you get a new item, that’s getting added to a MongoDB database somewhere. 5. CloudFlare: Getting you where you’re going fasterCompany name: CloudFlareHeadquarters: San FranciscoFunding to date: $182.05 million in 4 roundsWho uses it: League of Legends, Bain Capital, NASDAQ, MetallicaCloudFlare is what you’d call a “content delivery network,” or CDN. Basically, when you visit a website using CloudFlare, it detects where you’re at, and routes you to the closest server.Not only does it mean a better user experience–it can make the difference between life and death when it comes to trading on NASDAQ, or even a high stakes game of League of Legends. And as a nice side-effect, it provides protection against Distributed Denial of Service attacks (DDoS), the most common brute force method that bad guys use to take a website down, by simply routing web traffic around the stoppage. CloudFlare has claimed to handle a full 5 percent of the web’s traffic, globally. 6. Xamarin: Bringing apps everywhereCompany name: XamarinHeadquarters: San FranciscoFunding so far: $82 million in three roundsWho uses them: JetBlue, Draw A Stickman, Berkshire HathawayXamarin’s shtick is simple: Build an app once, and easily put it on iOS, Android, Windows, or whatever else with a minimum of gruntwork. It means that when you load up a pretty fair number of the apps you use every day, from JetBlue to popular games like “Draw a Stickman” or “Bastion,” you’re actually loading up Xamarin, too. Plus, in the JetBlue example, the airline’s Xamarin-powered app is actually what lets it accept Apple Pay payments. So there’s that. 7. Mixpanel: Helping websites help youCompany name: MixpanelHeadquarters: San FranciscoFunding to date: $77.02 million in 5 roundsWho’s using it: Uber, Airbnb, Match.com, Amazon’s TwitchMixpanel, a data analytics company founded in 2009 and funded by the likes of Y Combinator, Andreessen Horowitz, and PayPal co-founder Max Levchin, tells developers how exactly you’re using their websites and apps. So if you find a website’s login page too confusing, the developer might tweak it to streamline matters. Or if they find that you’re spending a lot of time on the photos of an Airbnb listing, it might be a sign that it’s time to redesign the page around photos. In fact, Mixpanel can gather enough data that it can help companies like Uber and Airbnb actually predict what you’re going to do next.8. DigitalOcean: Hosting websites everywhereCompany name: DigitalOceanHeadquarters: New YorkFunding to date: $123 million in 3 roundsWho uses them: Beyonce, lots and lots of smaller sitesDigitalOcean is a hot New Yor

Source: Forget Google: Here Are the 9 Startups That Actually Run the Internet | Inc.com 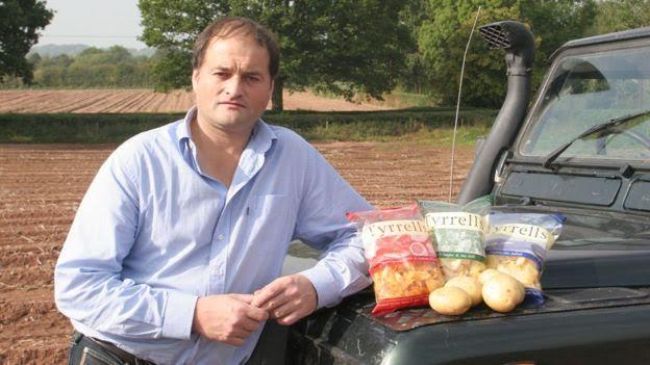 Are you looking for new ways to reach your target audience on Facebook? This article shows three ways to improve your campaigns with Facebook Graph Search.

Source: How to Use Facebook Graph Search to Improve Your Marketing : Social Media Examiner

In my previous post, I showed how you can track the success of individual marketing efforts with a little jQuery code. Often,however, you don’t have any source code in the URL. You can put asource code in the link on all your ads, but when another sit

The Web is 95% typography, or so they say. I think this is a pretty accurate statement: we visit websites largely with the intention of reading. That’s what you’re doing now — reading. With this in mind, does it not stand to reason that your typography should be one of the most considered aspects of your designs? Unfortunately, for every person who is obsessed with even the tiniest details of typography, a dozen or so people seem to be indifferent. It’s a shame; if you’re going to spend time writing something, don’t you want it to look great and be easy to read?

Last year at Facebook, a small team was given a big problem to solve.

This was nothing new, except the problem we were given was unique for both Facebook and the industry. The story of how Conversion Lift came to be is an interesting one since we needed to convey a complex concept at scale — scientific proof of the real-world value of running ads. Telling the story required some inventive design, we somehow had to figure out a way to ship the science — to deliver a product that communicated a scientific methodology in a simple, meaningful way.

Research shows that marketers face big gaps in essential digital skills. Closing them will require a transformation in marketing functions and in learning and development programs.